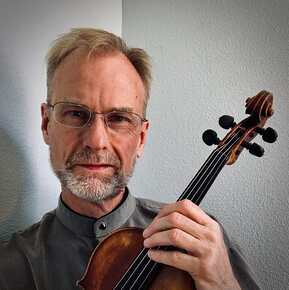 ​Violinist Fritz Gearhart has performed for audiences from coast to coast. He has appeared in major halls around the country including the Kennedy Center, the 92nd Street Y in NYC, Alice Tully Hall, and Weill Recital Hall at Carnegie. He is heard frequently on National Public Radio, including live broadcasts on WFMT Chicago, WQXR in New York, KQAC in Portland Oregon,  as well as Public Radio’s nationally syndicated program Performance Today. A sampling from the press: "...a sizzling performance..."(The Wall Street Journal),  "...supple and imaginative..."(The New York Times), "...a superlative evening of musicmaking..."(New York Concert Review), and "Gearhart is a bold assertive player..."(Strad).

Gearhart has had a rich career in chamber music performing, including membership in the Chester Quartet and the Oregon String Quartet which recorded compact discs for Albany, Koch Entertainment, Centaur Records. His 2014 release on Centaur Records, Music of a Lifetime, features the music of his father Livingston Gearhart. Mr. Gearhart has performed complete cycles of the Beethoven String Quartets and the Beethoven Violin Sonatas.

Gearhart taught at the university level for most of his career, including appointments at University of Oregon, East Carolina University and Indiana University at South Bend. Gearhart has been a featured clinician at music conventions and workshops for National Association for Music Education (NAfME) Conference, American String Teachers Association (ASTA), and National School Orchestra Association (NSOA), and has presented master classes at music schools all around the country, including Texas Christian University, Boise State University, Ithaca College, UNC Greensboro, University of Oklahoma, Eastman School of Music, and the Hartt School, among many others. Gearhart was a judge for the National Fischoff Competition in 2008 and has been a featured clinician at several national conventions including ASTA in Detroit, Kansas City and Santa Clara, CA where he was also the featured chamber music coach. In addition to his many performing and teaching activities, Gearhart has also appeared as a guest conductor several string festivals around the country, including South Carolina All-State String Orchestra, Northern Virginia Honors Orchestra, Wyoming String Clinic, and All-City Strings in Salem, OR.  Professor Gearhart has recently started a new nonprofit —the Redfish Music Festival, which presents a summer festival on the southern coast of Oregon, as well as special events throughout the year.

Gearhart received his Master's Degree and prestigious Performer’s Certificate from the Eastman School of Music where he studied with Donald Weilerstein. Earlier studies at the Hartt School included work with Charles Treger and members of the Emerson Quartet. Mr. Gearhart currently resides in Sacramento, California. He continues teaching and performing,  and currently takes a few select students through the  Sacramento Institute for Music and Arts. 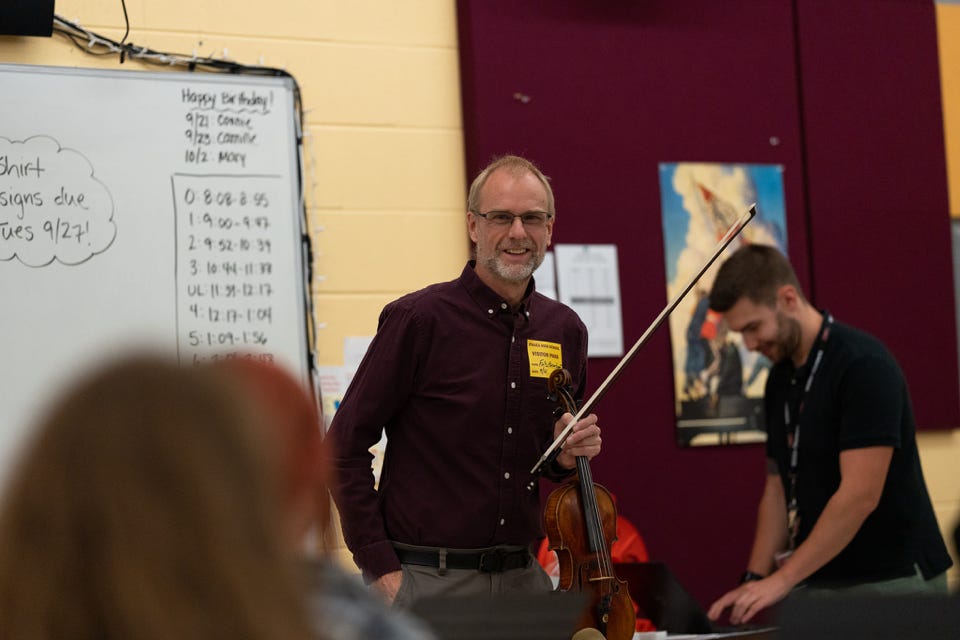